The North Carolina Child Support Guidelines offer a guide for reasonable monthly child support based on each family’s unique factors, including each parent’s income, amount owed for other child support obligations, and the necessary expenses for the child. Child support is not automatically divided and is allocated according to each party’s resources.

If you feel that the recommended child support amount is unreasonable, your attorney must request in advance of trial (at least 10 days) for special considerations to deviate from the Guidelines. 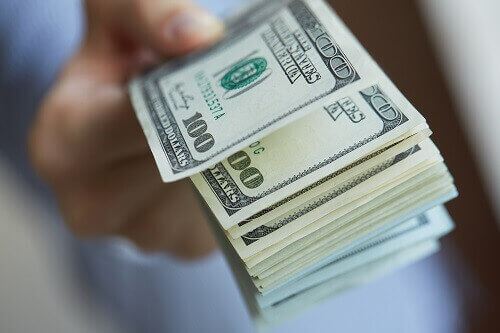 However, before making this determination, the court must first make a specific finding that the parent is acting in “bad faith” by remaining unemployed or underemployed. The court has relatively broad discretion to determine if there has been “bad faith” in a particular case. A common example of “bad faith” would be quitting a job without a good reason close to the time of the child support hearing.

The Child Support Guidelines do not apply above a certain income amount, if one or both parents have “high incomes” (defined as combined income of the parents exceeding $300,000 per year). In these “high income” child support cases, the court has much broader discretion to determine the appropriate amount of child support to be paid to meet the reasonable needs of the child. In these cases, the Child Support Guidelines worksheet formulas and support schedules are not presumed to be reasonable and are not required to be followed.

In Wake County, every party to a Family Court action in which child support is an issue has the duty to provide “Initial Disclosures” regarding their income and expenses related to the child’s needs. At the time a complaint for child support is filed, the plaintiff should gather his or her financial documents, provide Initial Disclosures, and file his or her Certification of Initial Disclosures with the court within fifteen (15) days after the defendant is officially served with the complaint for child support. For Initial Disclosures, both parties will be required to provide three (3) months’ worth of pay stubs, income tax returns for the last two (2) years, among a list of other financial disclosure documents that may be applicable. Sanctions may be imposed for failure to comply with these rules on the motion of a party or by the court on its own motion.

How Long Does Child Support Last?

A party by written agreement (or consent court order) may obligate himself or herself to make child support payments in an agreed upon amount beyond age 18 and after child support would have otherwise terminated. For example, a parent may agree to pay for college education expenses. There is no mandatory legal obligation for a parent to pay for college education expenses or other expenses of an adult child after child support terminates. However, if a parent voluntarily agrees to make such payments, the court will fully enforce this agreement and obligation, so long as the written agreement (or consent court order) is properly drafted and executed.

How Can Child Support Be Modified?

Child support is not taxable as income to the receiving parent and is not a tax deduction for the paying parent (unlike alimony payments).

How To Calculate Your North Carolina Child Support Obligation?