Filing For Separation in NC

Legal Separation Laws in North Carolina & How to File

Learn More About Separation in North Carolina on Our Page:

What is Legal Separation & What is the Purpose? 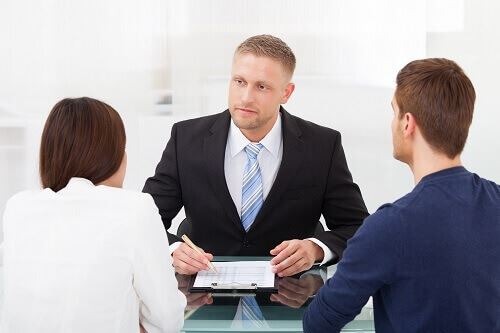 According to North Carolina separation laws, the separation of a married couple takes place when they move into separate residences with the intent of living separate and apart. It is advisable for a couple contemplating legal separation in North Carolina to consult with their attorneys prior to their actual separation for the purpose of drafting a Separation Agreement and Property Settlement.

Call Montgomery Family Law at (919) 348-2317 or contact us online to schedule a free consultation today.

This is a written contract between the spouses and can cover all or some of the issues involved in their separation and eventual divorce. And because a Separation Agreement and Property Settlement is a legally binding contract once it is signed by both spouses and notarized, it is important to consult with an attorney to fully understand your rights under NC statutes and separation laws before entering into any such contract.

Qualifying for Separation in NC

Can You be Separated and Live in the Same House in North Carolina?

In North Carolina, you cannot live in the same residence and be legally separated.

A couple that “separates” but remains in the same home with divided living areas takes a substantial risk that the presiding judge will not accept this separation as a legally valid separation for the purposes of granting a divorce; therefore, such “separate” living arrangements are not advised. Separating couples should follow the general rule that a separation for purposes of eligibility for divorce requires that each party reside under a separate roof, at separate locations.

Living Together While Separated

In some rare cases, couples can be separated while living in the same home if the residence has essentially been divided into two independent, unconnected living units. This exception is very limited. It requires that the spouses each live in a separate part of the home that is completely cut off from the other and that there is no overlap or common area.

For example, each section of the house must have its own bedroom, bathroom, kitchen, and entrance so there is no overlap between the units.

Many issues in a couple's legal separation and divorce can be resolved through a Separation Agreement and Property Settlement. Only the actual divorce cannot be granted because only a court can grant such an order.

For example, the agreement can allow the couple can determine:

The obvious advantage of a Separation Agreement and Property Settlement is that all these issues can be resolved without the need for costly litigation.

Elements of a Separation Agreement

The separation agreement can include property division including: cars, jewelry, furniture, intangible property (such as stocks and bonds), vested pensions, and life insurance. The agreement can also specify who will pay what debts.

Unlike a property settlement, a separation agreement can only be made when the parties have already separated or intend to separate immediately after signing the agreement.

What is a Better Alternative to Litigation

There are pronounced advantages to settling the issues surrounding separation and divorce through a Separation Agreement and Property Settlement rather than litigating those issues.

To learn more about separation agreements, call us at (919) 348-2317 or contact us online for a free consultation.

Do I Need a Legal Separation Attorney in North Carolina?

In some cases, a married couple can handle their settlement negotiations between themselves and need an attorney only at the beginning to fully understand their rights and at the tail-end to properly draft their Separation Agreement and Property Settlement. This is true where the couple is like-minded and their relationship remains open, amicable and even-handed.

In most cases, however, married couples on the verge of legal separation will need their individual attorneys to handle their settlement negotiations. You should understand that an attorney is bound by the legal profession's code of ethics to represent and advocate for the best interests of a single party. The wife's attorney, for example, cannot serve as the legal counsel for the husband since it is presumed that each spouse's interests are different and conflicting.

You are advised to hire a separation attorney to handle your settlement negotiations if:

PLAN AHEAD: Before meeting with an attorney to discuss an eventual separation from your spouse, think about what your priorities and objectives. For example, do you want primary custody of your children and ownership of the marital home and its furnishings to provide some continuity for your children? Are you concerned about your future financial security upon your retirement and therefore looking for a substantial share of your spouse's retirement accounts? If your children are near college-age, do you want marital assets converted to a trust fund to cover their college education?

If you and your spouse are unable to settle, then the issues pertinent to your case - child custody and support, spousal support in the form of post-separation support and alimony, divorce from bed and board (discussed below), property division and absolute divorce - will be settled through court action.

Should I Date During a Separation?

On the issue of whether a spouse should date after separation and before divorce, you should understand that post-separation dating can be used as evidence of adultery occurring during the marriage. If there was no illicit sexual conduct before your date of separation, then post-separation dating is not relevant to a claim for post-separation support or alimony. But having a dating partner who stay overnight in the presence of your children be grounds for denial of your custody or visitation.

Legal separation and dating in North Carolina may also have a serious negative impact on the settlement negotiations between you and your spouse. It may cause hurt and embarrassment for your spouse or incite feelings of anger and resentment.

Is Sleeping With Someone While Separated Adultery?

When separated, North Carolina requires that each spouse lives "separate and apart from one another". This means that they must live in a separate residence, not a separate room or even the same complex.

Is sleeping with another person while separated considered adultery? It's a little more complicated than a simple yes or no answer. While you are free to date anyone while separated, if your spouse considers the intimate relationships you are having as an issue, then they may file that as evidence of adultery and it can impact issues such as alimony or child custody.

In most cases, a spouse voluntarily separates from his or her spouse; however, there are cases where the court orders the legal separation of a married couple. This is called divorce from bed and board. Divorce from bed and board is not an absolute divorce. The married couple remains legally married to each other, albeit ordered by the court to live separate and apart from each other.

A divorce from bed and board is granted based on one or more of the following grounds:

If the court finds that a spouse has committed one or more of these acts, the offended spouse may be ordered to leave the marital home. Divorce from bed and board is not commonly granted. It should also be noted that if you are granted a divorce from bed and board, you lose all the automatic inheritance rights that exist by virtue of your marriage.

Spouses who have separated but not divorced can, at any time, change their minds and reconcile. Lawsuits that have filed will be ended and hearings that have been scheduled will be dropped from the court calendar.

Reconciliation After Filing For Separation in NC

Reconciliation occurs if at any time the spouses move back in together or voluntarily renew the husband and wife relationship. If reconciliation does occur, a new separation and one-year waiting period is required before the parties may obtain a divorce.

While isolated instances of spending time together or even isolated instances of sexual conduct between the spouses do not necessarily count as reconciliation for legal purposes (See N.C. General Statute § 52-10.2), it is best to avoid these activities if you want to be sure to maintain your eligibility to file for a divorce one year after the initial separation.

To contact us, please call our divorce lawyers to handle legal separation in Cary at (919) 348-2317 or use our online form.