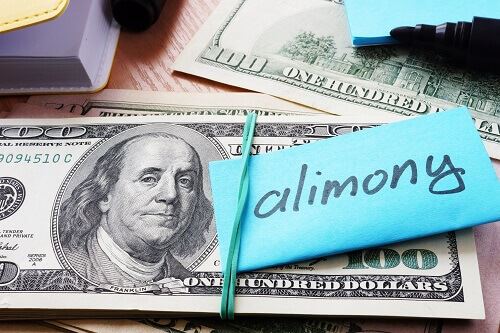 When a married couple separates, one spouse may be able to file a complaint with the court seeking spousal support from the other party. North Carolina courts will award spousal support only to a dependent spouse. Generally, a spouse is dependent if he or she earns insufficient income to maintain the standard of living enjoyed during the marriage because of the loss of the other spouse's income.

Determining spousal support is complex, involving numerous relevant factors assessed by the judge. In North Carolina, judges do not set alimony based on a numerical formula. Thus, alimony cannot be determined using an “alimony calculator.”

To determine alimony, a judge will start by considering the reasonable financial needs of each party, including:

What constitutes a reasonable need depends on the lifestyle established during the marriage and can vary widely depending on the individual circumstances. Due to these complexities, you should consult an experienced North Carolina family law attorney before signing any agreement that could affect your right to spousal support.

Contact us now to schedule a consultation with our Cary Family Law Attorneys!

There are two types of spousal support in North Carolina. The first, called "postseparation support," is temporary support designed to provide for the dependent spouse until a final order of alimony is entered.

The second type of spousal support, called "alimony," is support that is awarded by the court to the dependent spouse for a period of time that is most often (but not always) longer than an award of postseparation support.

Generally, the length of time that alimony is to be paid depends on the length of the marriage and other relevant factors considered by the judge. Alimony can be paid in a lump sum, periodically over a specified time period, or for the life of the dependent spouse. Even if alimony is awarded for the lifetime of the dependent spouse, the supporting may petition the court to change the award if the circumstances later change (for example, if the supporting spouse has a loss of income).

If claims for both postseparation support and alimony have been filed by one of the parties, the court will hold two separate hearings to determine these issues. The first, the postseparation support hearing, is sometimes scheduled at the same time as temporary child support and temporary child custody claims. The temporary hearing is typically short, as the court limits the amount of time permitted. Because of this, the evidence presented to the judge is generally limited to the basic financial information of each party.

At this hearing, a judge will hear the evidence and decide whether one spouse is the dependent spouse and the other spouse is the supporting spouse, and what amount of support is reasonable.

In deciding, the judge considers the incomes and expenses of both parties. In Wake County, the parties are each required to submit a Financial Affidavit which details his or her average monthly income and expenses. The judge will also hear testimony from each party about the expenses and income that are included on the Financial Affidavits. The judge will compare the parties' incomes and expenses, in order to decide: the financial needs of each party, each party’s accustomed standard of living, and the ability of the supporting spouse to pay spousal support.

During a North Carolina postseparation support hearing, if the judge determines that the resources of the spouse seeking support are not adequate to meet his or her reasonable needs and that the other spouse has the ability to pay, then the judge will find the spouse who needs financial assistance to be the dependent spouse and the spouse who has the ability to pay to be the supporting spouse. The judge will then make an award of postseparation support to the dependent spouse.

How is Alimony Determined in North Carolina?

Testifying about each of the relevant factors in an alimony case can require many hours of court time and might require expert witnesses. Judges are given wide discretion in deciding such matters, so there is no way to precisely predict the amount of alimony a North Carolina court will award or the duration of such alimony award.

Although the judge’s discretion is broad, the judge should be fair to both parties. If the judge finds that the supporting spouse is deliberately suppressing his or her income, the court may base an alimony award on capacity to earn rather than actual earnings. This is called imputation of income.

When Does Alimony End?

Periodic alimony payments may also end by the terms of a court order specifying that the payments are to end on a certain date. Either party may make a motion to increase or decrease an alimony amount at any time, based upon a substantial change of circumstances, so long as the alimony award has not already been fully paid over the time period originally ordered or otherwise terminated.

One recurring theme in both postseparation support and alimony is the idea of "marital misconduct." As defined by statute, "marital misconduct" means any of the following acts committed by either spouse during the marriage and before or on the date of separation:

When the parties file separate tax returns, alimony payments are no longer considered taxable income to the dependent spouse, nor an income deduction for the supporting spouse. All spousal support matters should be analyzed for tax consequences by your CPA or tax advisor before you sign a separation agreement or go to court.