The Legal Obligations of Marriage 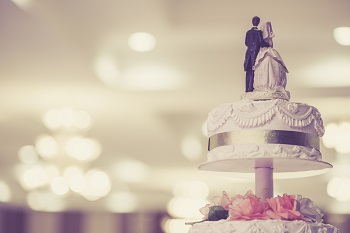 On a personal level, the decision to marry is one of the most important decisions you will make in your life. And for many persons, the marriage ceremony is embodied with great religious and spiritual meaning.

On a more fundamental level, marriage is also a legal contract governed by North Carolina state law. Marriage is governed by NC state law because of the long-held belief that the state has a strong public interest in promoting and protecting marriage and families. In that pursuit, North Carolina marriage laws define not only what constitutes a valid legal marriage, but also the obligations and rights that arise from the marriage contract.

North Carolina marriage laws place limits on who can marry based on the person's age and blood relationship to their prospective spouse.

Who Can Legally Perform Weddings in NC?

A marriage license is valid for 60 days and the marriage ceremony itself can take place at any time within that 60 days. It is a misdemeanor to obtain a marriage license by misrepresentation or false pretenses.

Certain marriages between a man and woman licensed and solemnized according to the law or mode of solemnization of an Indian tribe or nation recognized by our federal or state government will be recognized as a valid legal marriage without a marriage license issued by a register of deeds.

Same-sex marriage in North Carolina has been legal since October 10, 2014, when a federal judge ruled that the state's denial of marriage rights to same-sex couples was unconstitutional. North Carolina had previously denied marriage rights to same-sex couples by statute since 1996. A state constitutional amendment that was approved in 2012 reinforced that by defining marriage between a man and a woman as the only valid "domestic legal union" in the state and denying recognition to any similar legal status, such as civil unions.

In North Carolina, the new husband and wife automatically assume certain legal rights and obligations. For example, married spouses now have the right to share in the estate of the other. If children are born to the marriage, they become eligible to inherit their parents' estates.

While it is common practice for the bride to change her last name to her husband's after marriage, it is not obligatory. If after marriage, the wife wants to resume her maiden name, she must petition the Superior Court in the county where she resides for a legal change of name.

After a divorce, a wife can petition the divorce court to allow her to resume her maiden name. Any name changes must be approved through a petition with the Superior Court. You can contact the Clerk of Superior Court in your county for the necessary forms.

If you or your spouse do decide to change your name upon marriage, you are advised to update all your official records. Government agencies such as the Social Security Administration or the Department of Motor Vehicles should be informed of your name change. Private institutions such as your bank and insurance company should also be informed.

A child born to a couple who are not married is born out-of-wedlock and deemed illegitimate under North Carolina state law. If the parents of the out-of-wedlock child later marry, the child becomes legitimate. A new birth certificate for the child will be issued by the Registrar of Vital Statistics.

If you would like to discuss questions about family law matters or if you need assistance, contact our family law lawyers in Cary at Montgomery Family Law.